When you think of college students and tattoos, you might think of a drunken night that resulted in a much regretted tattoo or an impulsive decision to get a tattoo, just for the fun of doing it, one with little meaning. This was not the case at all with the students at Bridgewater State University. Among the eight students interviewed, all of them had tattoos that were meaningful and close to their hearts, ones that they all said they do not regret.
Two BSU students were interviewed about their matching tattoos. They are engaged and their matching tattoos on their feet show that they are very proud of their relationship and are a symbol of gay pride.
“My tattoo means equality for all. Me and my girlfriend Becca got this together to express our love,” Senior and criminal justice and finance major Julieann Tuffo said. “I got this tattoo with my girlfriend Julie and to me it was a way to show that love of all kinds is infinite. It was a great way to show my love for Julie without names or dates so that there is no way I will regret it since it means so many things,” senior and special education major Becca Driscoll said.
Another student has a tattoo on her foot to show her love for her family. “My butterflies represent my two brothers. My brothers are the two most important people in the world to me and I wanted to get something to represent that,” sophomore and special education and elementary education major Stephanie Maher said.
“The butterflies look slightly different
because they represent each brother’s uniqueness.”
Other students have tattoos in memory of loved ones they have lost. The tattoos, for them, were a way to keep those people alive and remind them that they are never truly gone.
“I was close with my uncle before he died and I was the last person in my house to talk to him so this is my way of always having him by my side,” sophomore elementary education and English major Laurel Dane said, in reference to her tattoo with “uncle Kit” written in it.
Another student had a tattoo with a similar meaning.
“I got my tattoo on my mom’s ten year anniversary of her passing away, so it’s a memorial tattoo for her,” BSU senior and English and education major Dan Eveline said, in reference to his tattoo on his bicep. “The writing in the tattoo is her handwriting where it says ‘gone but not forgotten’,” Eveline continued.
Many students had parts of their tattoos made to represent the personality or spirit of those they had lost.
“I got my tattoo in honor of my aunt that passed away of cancer two years ago. My tattoo means a lot to me, she was a very important part of my life, so in this way she is always with me,” sophomore and elementary education major Shannon Suess said, in reference to the tattoo on her leg that says “auntie DeDe.”
“I have the lightning bolt in my tattoo because she was a big fan of thunder and lightning storms,” Suess continued.
Another student also has a very symbolic tattoo on her hip in memory of her
grandmother.
“My tattoo is in memory of my grandmother who passed away in 2009 after a long battle
with various diseases,” junior and special education and history major Ali Costa said.
“The dove symbolizes peace and reminds me of my grandmother who was a peaceful person who cared
to help those in need. The rose was her favorite flower and the heart has her death date,” Costa
Said.
“Tattoos should not be regreted, they should be personal and meaningful,” Costa continued.
BSU junior and criminal justice major, Kerri Glasheen has a tattoo on the back of her
shoulder in memory of her grandfather. “I got my tattoo after my grandfather passed away of
lung cancer. “I’ll see you when I see you” was something he used to say to me while he was in
the hospital. We were very close,” Glasheen said.
BSU student Matt Mcgrail also got his tattoo on his arm to represent the loss of a loved
one-his grandpa. “It’s a celtic knot I got it shortly after my grandpa died. He was Irish and it
reminds me of him,” junior and math and education major Mcgrail said.
Most of these tattoos were a way for students to show their love for the people in their
lives, those who have passed and those who are still with them.

The tattoos represented their relationship with those people, whether it be a romantic relationship, the death of a loved one, or the love for one’s own family. Students were proud of their tattoos and happy to share their stories.

Morgayne Mulkern is a Comment staff writer. Email her at mmulkern@student.bridgew.edu. 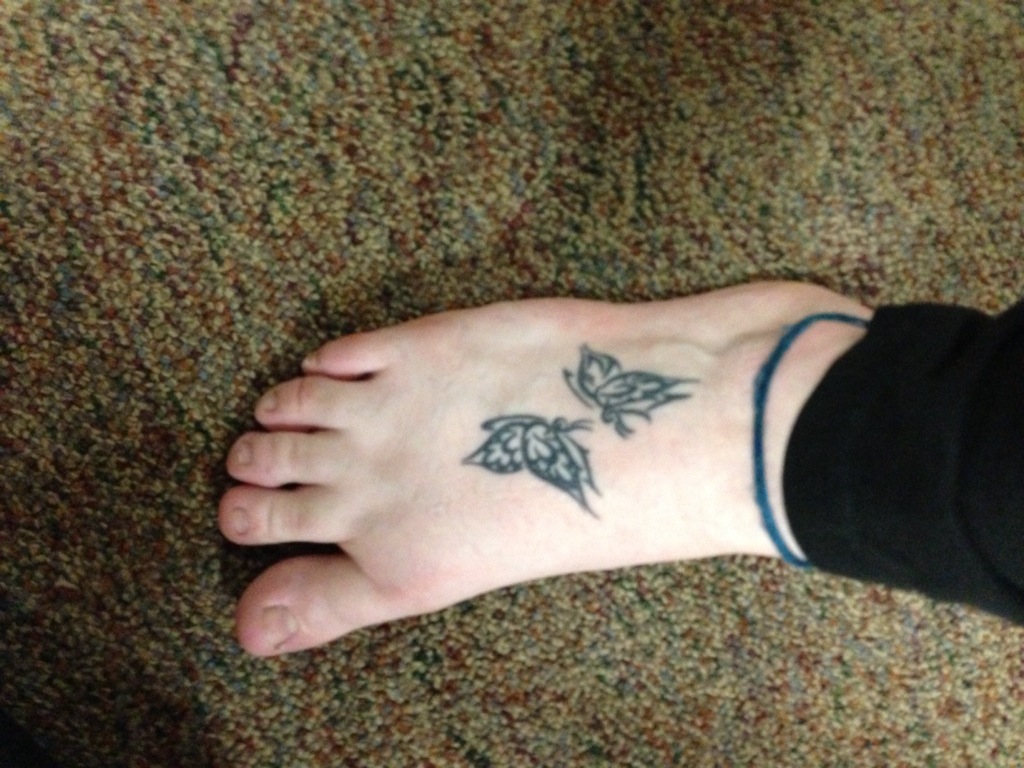