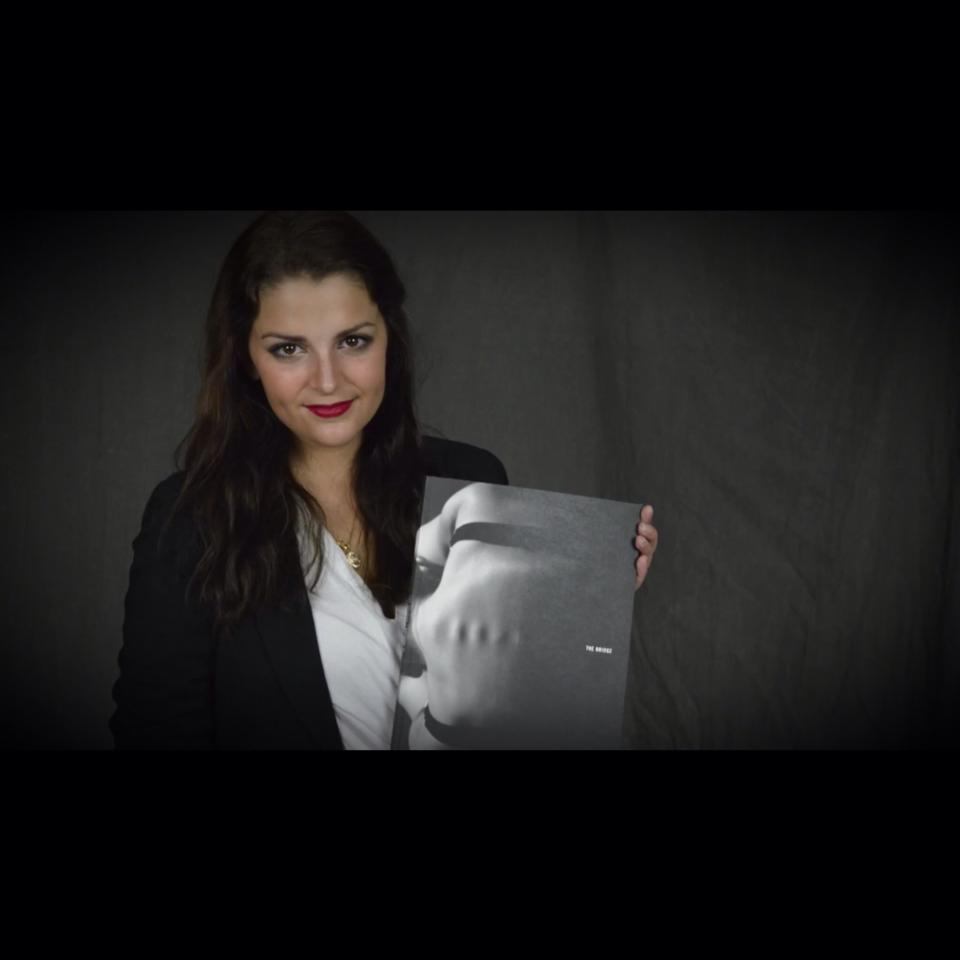 The Bridge, a publication by Bridgewater State University students, has won 11 Gold Circle Awards. The student run magazine features art, literature and poetry from students. It has been going strong for 11 issues now.
The Gold Circle Awards, given by the Columbia Scholastic Press Association, are awards given in recognition of outstanding work in print or online media to individual student journalists or an entire team.
The cover of the latest issue, which features a person touching their hands to their feet with a close up on their spine, was taken by senior Liz McDonough. It won Best Cover Design.
“I was ecstatic to find out my picture won first place in cover design,” said McDonough. “At the Grand Revealing of the 2014 Volume 11 issue of The Bridge, I sat in the front row as they pulled the cloth off of the large stack of books to reveal my image on the cover. I shook with excitement and surprise, because this was the last thing I ever expected. For one of the first times in my life, I can say that I am proud of myself, and the Bridge Team did this for me, for recognizing my work.”
John Condry, the Literary Editor-in-Chief of this issue, said, “Students do the bulk of the work, and the advisors are mostly there for guidance. Which I think is the best part of the Bridge, that a group of students can take responsibility for a huge project.”
Condry was excited that The Bridge had won 11 awards. “Bridgewater State has some talented artists, and it’s a great thing to be able to highlight them,” he said. “It’s also a testament to all the hours we put in on the journal, especially our design team and our art EIC Meaghan Casey. They did some incredible work and it’s wonderful to see it appreciated.”
Condry will join Chris Lindstrom, Meaghan Casey and Mattie Burkewho, all former editors of The Bridge, in a new art and literature publication called Aegir Magazine. The current editors of The Bridge, Briana McDonald and James Holbert, will be contributing to the project as well.
Aegir Magazine is currently in the fundraising and drafting stage of production. Information and the ability to donate is found on indiegogo.com.
“I hope that future issues will learn from what we did right and what we did wrong,” said Condry. “But ultimately, the journal will represent the people who make it and what they want that edition to be, and for me that’s the best part of the whole Bridge experience.”