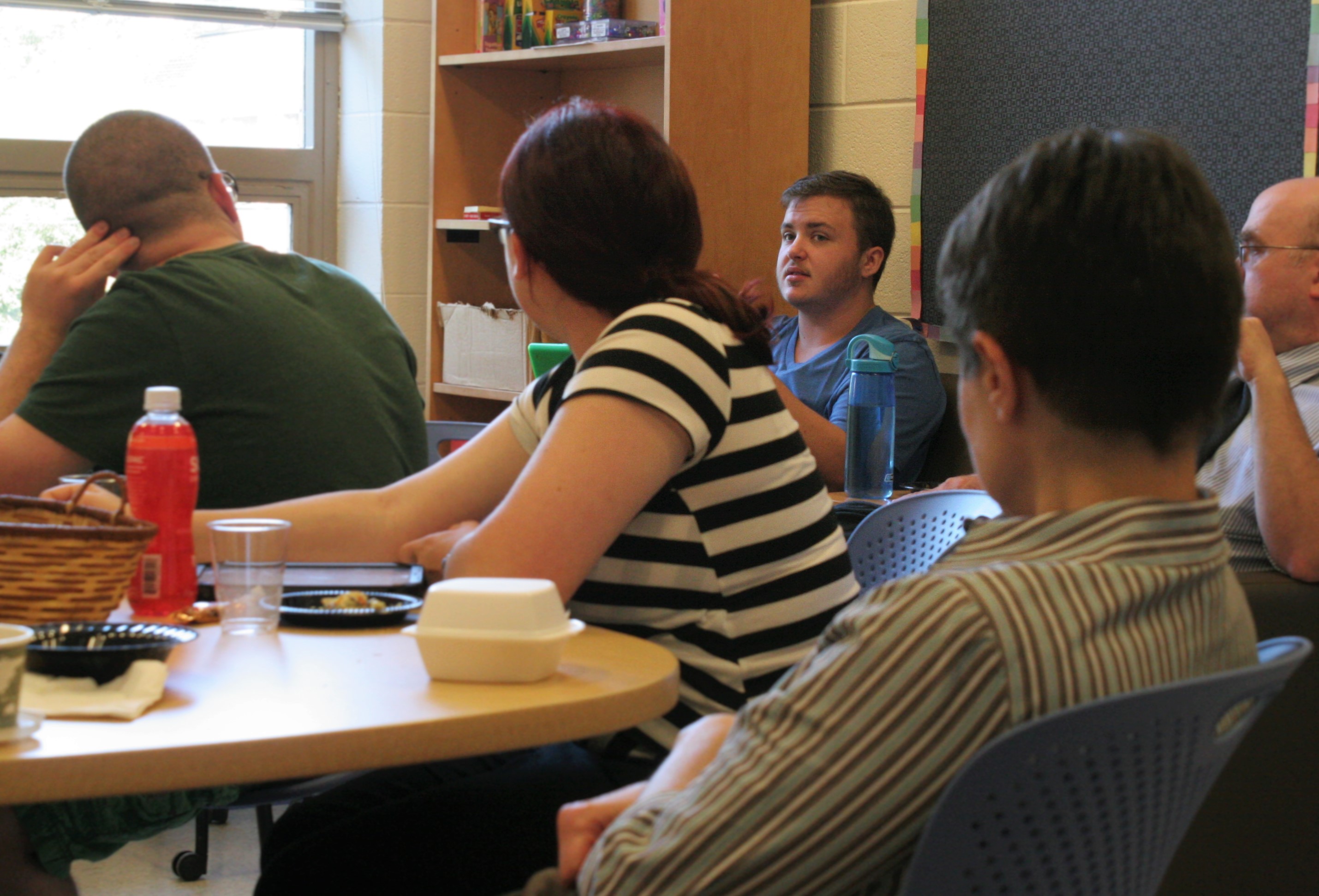 In our society, we create labels to categorize and organize our life and to better understand others. This expands into many areas of life, including the complex topic of sexuality.
In 1948, when sexuality was a very private topic, at a time where the concept of bisexuality and homosexuality were considered abnormal, Alfred Kinsey took a giant step in the creation of the Kinsey scale.
It was the first scale that took into account research from the sexual behavior of 12,000 white American males and females, and openly categorized their sexual behavior and orientation to the public.
On Oct. 14, in the Bridgewater State University GLBTA Pride Center, there was a small group discussion on sexuality in relation to the Kinsey Scale and its place, or lack thereof, in modern society.
It was led in part by BSU student and psychology major Ashlynn Marlowe, alongside another BSU student and social work major, Rachelle Hyson. Both students described the scale itself and gave their opinions on it.
“Either you’re completely straight, completely gay, or bisexual. The scale provides no gray area. It does not positively account for those who are asexual, and it leaves out those who consider themselves pansexual,” Hyson said. “Sexuality is fluid, not rigid.”
Marlowe was in agreement, but she also made a point to recognize the time in which the scale was created. “It is true that it is limited but it also made progress at the time,” she said. “It was progressive in that it got people talking. It should serve as a stepping stone.”
Most people believed that it could benefit from including sexual fantasies, sexual attraction, romantic attraction, aesthetic preference, and much more.
“The Kinsey scale makes sense as a quick go-to tool, however, it should make sure to address somewhere that it does not cover everything,” said Keriann Clinton, a student at Salem State University who is currently interning at the Pride Center. “Maybe it would be better expressed as a sort of soup that captures different societal and family influences, along with everything else, in order to fully take everything into account.”
This event is one of many discussions that the Pride Center hosts. They also host weekly events called “Food for Thought,” where they provide lunch and discuss topics relating to the GLBTA community. For more information about the Pride Center, check them out on their intranet site.