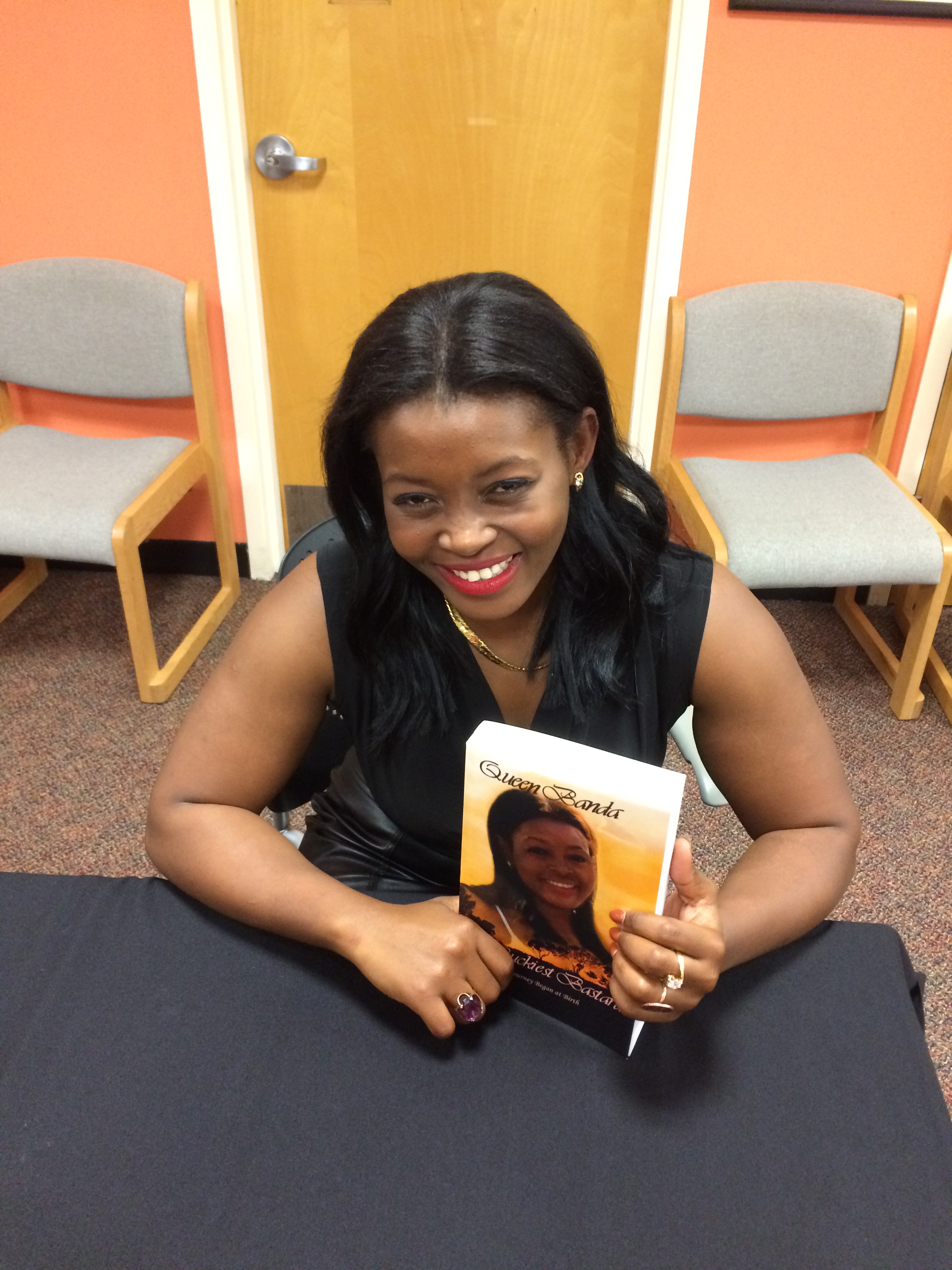 On Dec. 1 from 4 to 6 p.m., the Center for Multicultural Affairs hosted an appreciation of one of their own members. Queen Banda, a senior at Bridgewater State University, held a book signing for her first ever published book, The Luckiest Bastard. The book is an autobiography, centering around Banda’s life in Tanzania where she was born.
Before the book signing, Banda explained without spoiling the content, what the book is about and why she wrote it. She said, “I wanted this book to be more of my voice than anything else.”
She mentioned that the primary inspiration to write the book came from the fact that she wanted it to be about her own life. “This book was a way for me to measure my accomplishments, a way for me to see that I have grown and am no longer the person that I used to be in a better way,” she said.
Before she grew into focusing on writing her book, she was involved in her high schools’ organization which focused on fundraising money to build a school in Tanzania. Banda said, “I had a website and when I was writing I decided to post my story online. I thought that with my website telling more of my story, maybe it was going to help the fundraising progress.”
As a newly published author, she also explained the challenges of getting to point where she could publish. “I knew that publishing would cost a lot of money that I did not have at that time,” she said. She decided to publish her book through Amazon, since it provides a self-publishing company that she was able to utilize for free.
Banda explained that there were many themes she wanted to convey in her story, but she was able to narrow down two that she found to be the most important. She said, “For me, I really pushed the theme of hope, and that every day will be better.”
As she had many themes in her own story, she explained what the writing process personally had entailed for her. “There were some moments where it was hard because since its a memoir, I had to really reflect and bury myself in those moments at that particular time,” Banda said. “This was so that I could bring my readers to my journey with me.”
Banda mentioned that writing alone was not difficult, however, other things presented themselves as more challenging. “I struggled a lot with the tone. I did not want to appear ignorant, that Tanzania is all roses,” she said. “At the same time, I did not want to sabotage the country for those who have never heard of it or even visited.”
As for advice to other writers who want to write an autobiography, her advice is fairly simple. “I’d say to start writing, have an end date or a time frame to say this is the end date. For my book, I wanted to be sure I had everything from as soon as I could remember to 2012. I could not write anything after 2012,” she said.
Banda mentioned that it is important to know which major themes you want to put in your book. Banda plans to graduate from BSU in the 2015 Spring semester, majoring in Communication Studies and Media Journalism. She has an idea of what to write on in the future, although nothing is set in stone yet.
Banda explained that after reading her book she wants to leave readers with, “the sense of hope and self determination, that this life is my life, people can give up on you but you should not give up on yourself.” Banda’s book, The Luckiest Bastard, is available to purchase on Amazon for around $15.