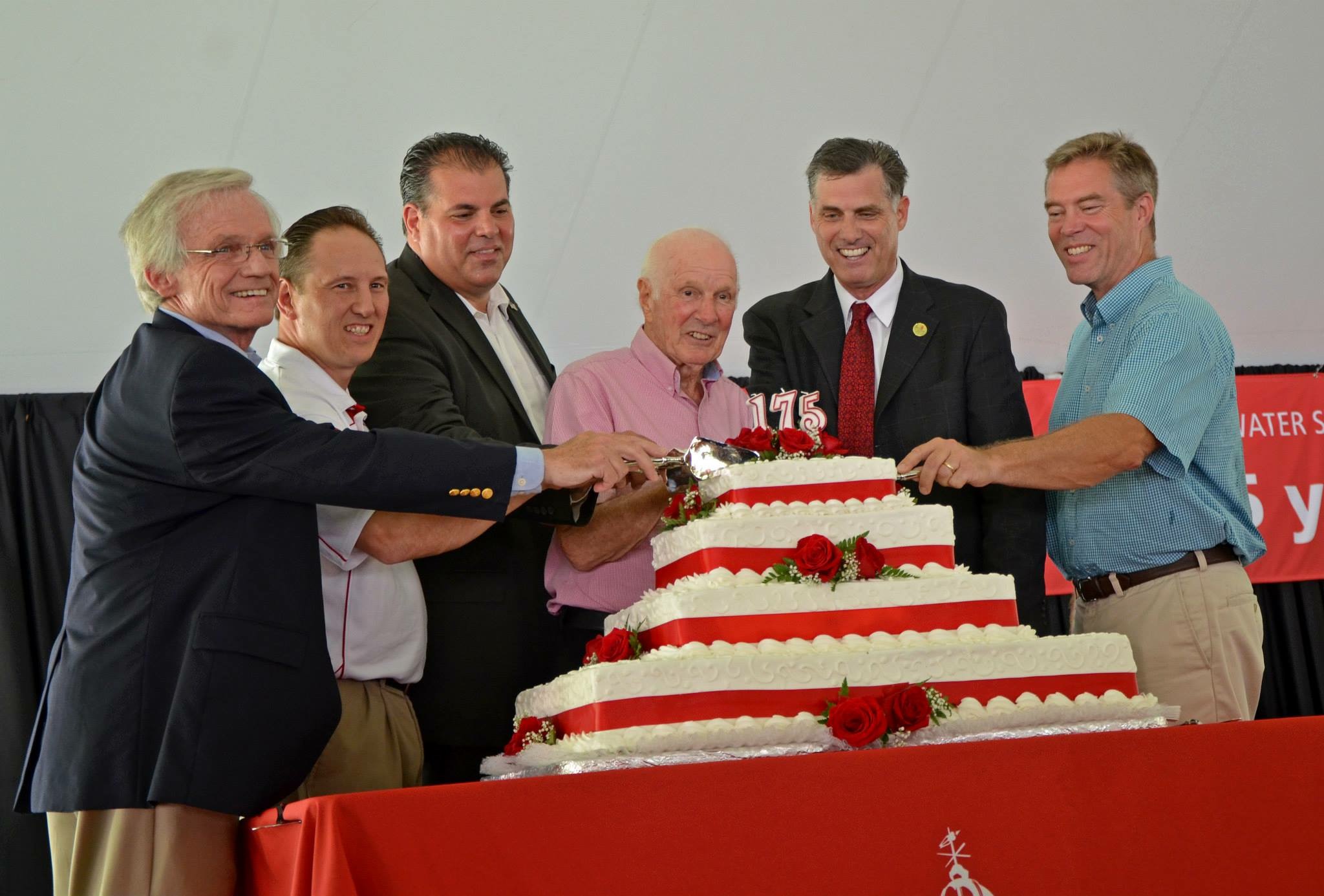 You may have wondered, “How old is Bridgewater State University?”

On Sept. 9, 1840, Bridgewater’s first normal school, which was a school or college for the training of teachers, opened its doors to its first class of twenty-one women and seven men. The Bridgewater community gathered $10,000 to establish and ensure the normal school located within town borders.

BSU President Frederick Clark was happy to celebrate the 175th anniversary of BSU, Wednesday, Sept. 9. During the event that took place under the tent located in front of Boyden Hall, the Bridgewater community gathered to celebrate such a special day.

President Clark’s opening remarks began by wishing BSU a happy 175th birthday. President Clark, who graduated from BSU in 1983, found this anniversary to be particularly special.

Clark said, “It’s important to remember your history as we continue our values from the past into the future. It’s very important and it’s also a celebration of all we’ve accomplished.”

While addressing the attendees, Clark was overjoyed to announce the largest gift ever received by Bridgewater State University of $1.8 million. Ruth Donnelly, who graduated from BSU in 1952, left this gift to be broken up into fifteen scholarships of $5,000 each. This scholarship is eligible for any students who hope to become teachers, preferably in early education.

Macayla Sheehan, a junior double majoring in early childhood education and math, is thankful for the gift given by Ruth Donnelly. Sheehan is a recent transfer and looks to apply for the scholarship when it becomes available.

Sheehan said, “I’ve always wanted to study childhood education. I recently transferred to BSU because of how credible their education program is. Regardless of whoever receives this scholarship, it’s truly an honor and I would be very grateful if it is ever awarded to me.”

The cutting of the cake concluded the opening remarks, where one attendee revealed that only the top layer was edible. Afterwards, students, faculty and alumni gathered outside the tent for the releasing of balloons.