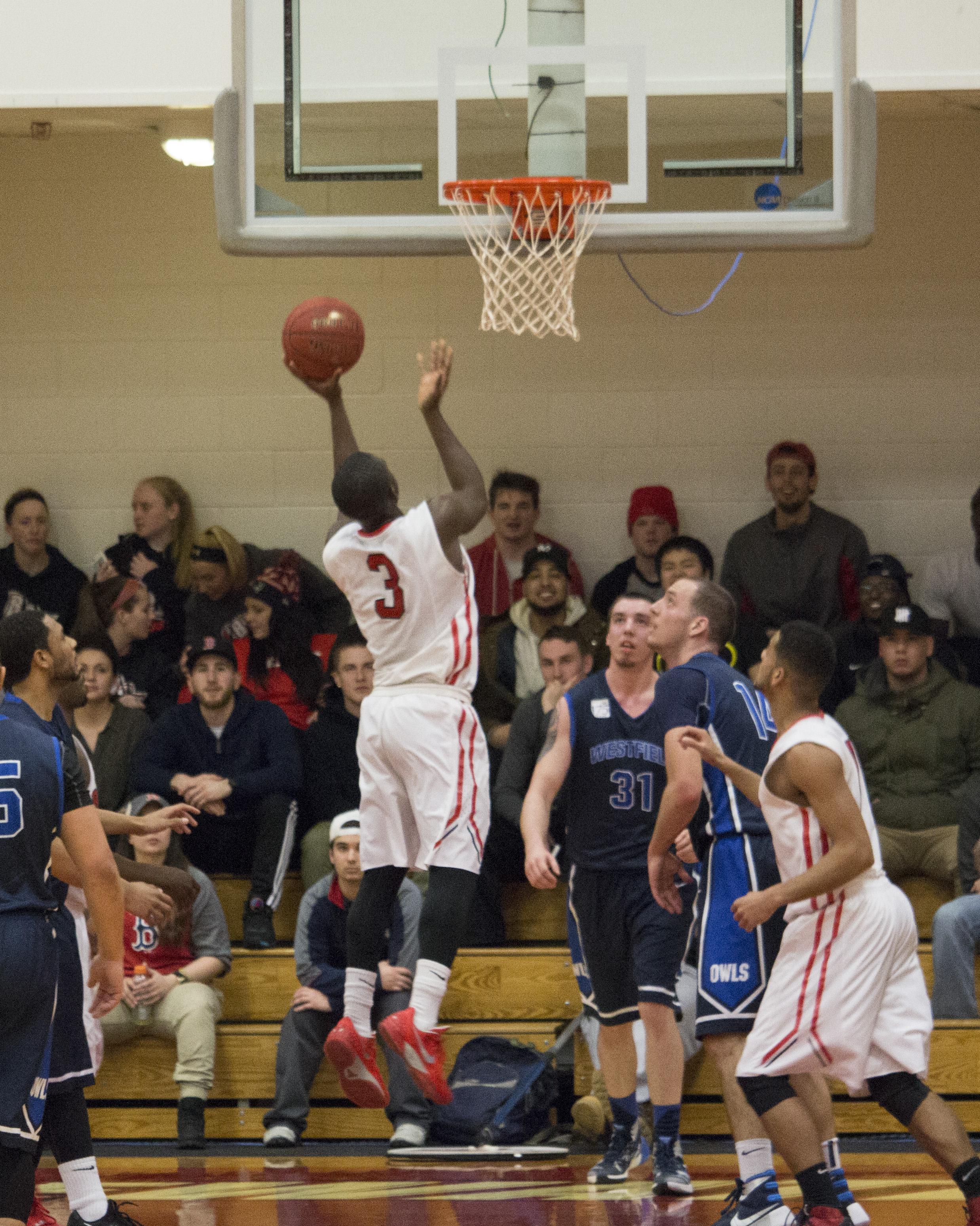 Not many knew what to make of this year’s Bridgewater State University basketball team. A team that had reached the Massachusetts State Collegiate Athletic Conference (MASCAC) championship game a year ago, but would be without the entire core that brought them that far.

Right before the season began, the Bears learned that they would be without their lone senior Tyler Demelo, who would decide to redshirt his senior season following an ankle injury in the preseason. On top of that, BSU graduated its top four scorers including Michael Lofton, who finished as sixth all-time on the school scoring list with 1,504 points in his four seasons with the Bears. Kyle Gibson, Justin Clark, and Barrett Murphy made up the rest of the starting five from a season ago, and have all since graduated from the school.

“Demelo would have added to our depth,” said head coach Joe Farroba. “At one time this year, we were struggling. A lot of the guys out there had played the year before, but we did not have a single starter returning.”

As the season got under way, the going got even rougher for BSU. Starting forward, Joseph Carty missed five league games due to injuries. The sophomore transfer was selected to the all-MASCAC second team, after averaging 12.1 points per game and 9.7 rebounds per game.

Starting center, Conor Dunleavy was out for a good chunk of December and January due to injury. The junior’s 6-foot-8 presence is key to what Bridgewater wants to do on both sides of the ball. Fellow starter, Greg Romanko missed games during the season, as well.

“The only difference you see is guys that were getting 5-7 minutes a game, are now seeing 27-29 minutes,” said coach Farroba. “We recruit these younger players to come in and win, and with the adversities we faced as a team, those guys started to get real meaningful minutes.”

The starting backcourt for the Bears includes a pair of juniors that remained healthy throughout the 2015-16 campaign, and were the heart of the team. Fawaz Mass was named to the all-MASCAC first team following his junior campaign in which he finished fifth in the conference in scoring, averaging 15.3 ppg. Helping Mass with the majority of the ball-handling was Rocky DeAndrade. DeAndrade led BSU in both steals (1.4) and assists (3.0), while averaging 10 ppg.

“We want to stick with what we do best,” said Farroba. “Tradition never graduates. We worked hard to establish ourselves as a reputable program.”

At the conclusion of the regular season, the team sat at 13-12 overall, and 8-4 in the MASCAC (one game out of first place tie with Salem St. and Fitchburg St.).

As the postseason is now under way, BSU is in a good place. Following all the setbacks before and during the season, the team is now as healthy as possible.

Bridgewater’s first obstacle on the way to the MASCAC championship game was Framingham State (2-10 in the MASCAC). The Bears let the underdog Rams stick around until late in the second half of the quarterfinal matchup.

In a game that featured the two lowest-scoring teams and the two teams allowing the least amount of points in the MASCAC, BSU prevailed in the final minutes and took the game, 60-51.

“We took advantage of home court and remembered that defense is key,” said Farroba. “[We have] one of the better defensive teams in the league. At times, it is what has bailed us out.”

With a squad that has been as resilient as this year’s Bears team, coupled with a wide open conference, anything can happen in the postseason.

Next up is a trip to Salem St. for the Bears. The MASCAC semifinal matchup will be at the Twohig Gymnasium, tipping off at 7 p.m.

Brendan Coughlin is the Sports Editor for The Comment.