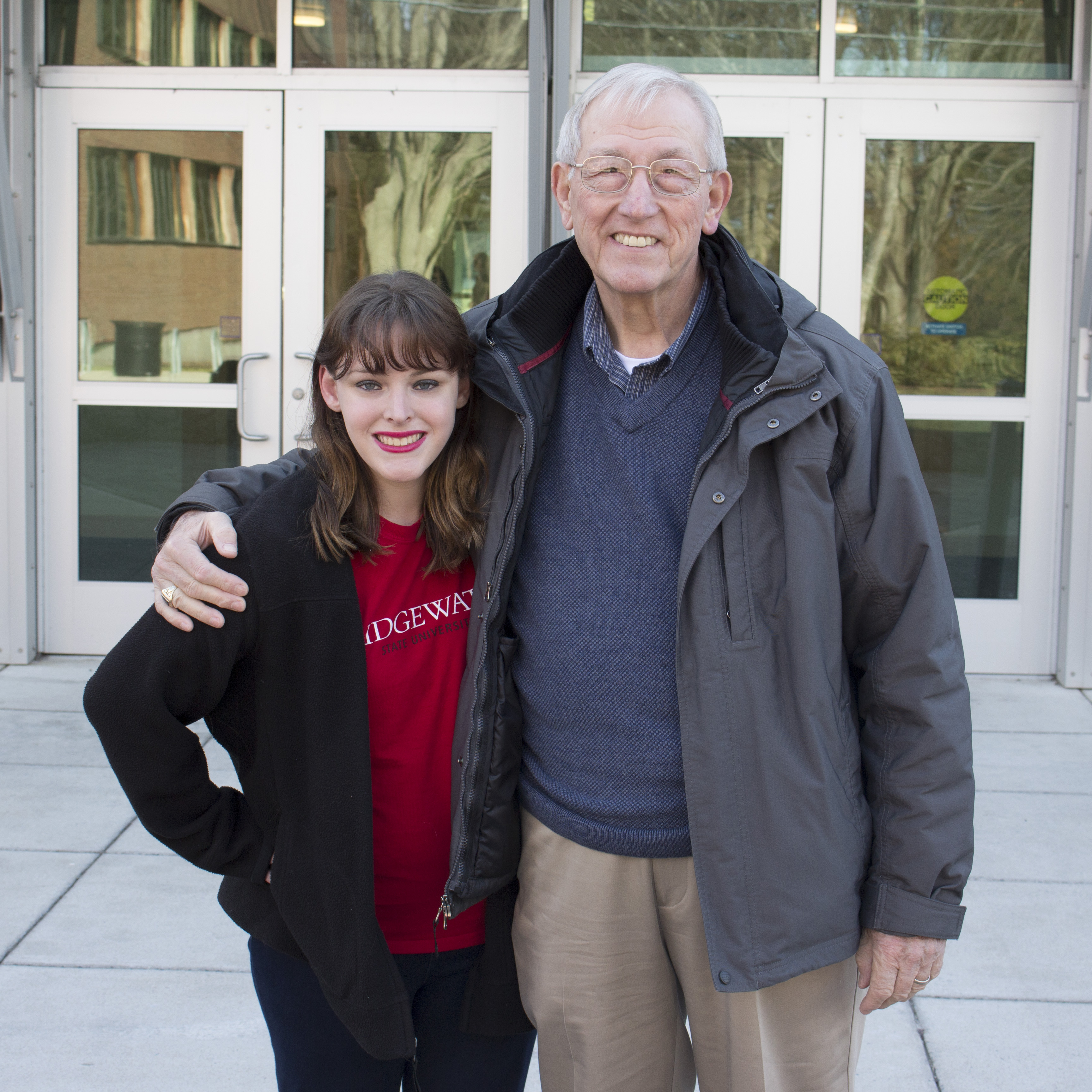 I had an interview with my Papa, Edward J. Meaney, about the Rondileau Campus Center, its construction, and original purpose. In this interview I learned a lot about the RCC and its history. The RCC has strayed away from its original purpose and design. As a fellow student of Bridgewater State University, I think the RCC should start incorporating more of the original ideas that my Papa and others had about it on campus.  Hopefully this will be informative to all and will inspire others to lead a call for action to make it more inviting and fun for the students of BSU.

How did the idea for the RCC come into fruition?

Basically the idea stemmed from the fact that commuters didn’t have a place to eat back when I was in school at BSC. Commuters had a place in the basement of Boyden Hall, that was the so called ‘commuter lounge’. It was small and cramped and it was not a good place to relax, or hang out in between classes. My fellow students and I began lobbying with administrators to get a Student Union. We finally got some money from legislature back in 1962. That was when planning started, and I was president of Student Government at the time. I was personally appointed by President Rondileau to serve on planning committee. We went to different campuses to look at their student unions to see what you’d like in ours. The estimate for the project was $4-5 million. But the state legislature didn’t have enough money. My successor as president of the Student Government, Jim Henry, organized a march on Boston, at the state house to fund the Student Union at BSC. Then they got the money and in 1968 they started construction for the building on the site of old football practice field and soccer field. In the spring of 1970, the building was almost complete. That was when I got a phone call from President Rondileau to come meet with him, and he offered me the job of being the director of the campus center. I started in August of 1970.

Did you ever imagine that the Student Union would still be around today and that so many students would use it?

Yes, but it needs an expansion. There were only 3,500 students going to the college when it first opened, now there are over 10,000 students. It is forty-six years old, and it was built to extend into the future.  The purpose of the building was that it was supposed to be the living room of the college, where everyone can meet and hang out. The Student Union should be for the students, and it was designed as a place to learn.

If there was one thing you could have changed about the plan for the RCC, what would it be?

What sorts of problems did you have?

The cafeteria roof was made of silicon and that caused a lot of problems. It had a unique design and it had leaks. No one could find the leaks. We eventually found out that silicon expands in sun and heat, and contracts in cold, and that was where we were getting our leaks from.

The auditorium balcony was also an issue. We had the Beach Boys performing in the auditorium in 1973, and everyone was jumping up and down on the balcony. It was actually wavering because of all of the movement. It was a danger to the students. From then on, we were not supposed to use the balcony for rock concerts.

When did it get changed to the RCC? Why did you go change it?

It was changed after Rondileau retired in 1987. I was executive vice president at the time when it happened.  We changed it because you have to name the building after a president, and that one was the only building not named after a president.

What sort of events did you have that was different from now?

We had a bowling alley in the basement. We had The Rathskeller, a bar and night club, with entertainment and drinks.  We had campus security, our own security for the Student Union.  We also had a lot of concerts which featured the Beach Boys, Aretha Franklin, Jake Isles Band, and Ike and Tina Turner. We had political events with speakers that included: Jimmy Carter (before he was president), Edward Kennedy V Josiah Spaulding debate (Kennedy up for re-election). We also had the astronaut, John Glenn, and various other speakers. We also had an art gallery of Wallace Anderson and a student run art gallery.  We had our own print shop, game room, pool and table tennis rooms, music rooms where people could put on a record, a dark room for photography, hobby shop, bookstore, our own store, a reflecting pool and we had a card room.

For those who go to the RCC frequently, I hope you  will now see it in a different light than you had previously. This was eye-opening and made me realize that we can learn from the past in order to secure a better future for our campus.

One thought on “A Campus Vision: A brief history of the Rondileau Campus Center”