Ahead of the new congressional term, Speaker of the House Nancy Pelosi (D-CA, she/her) announced she would not be seeking re-election to House Democratic leadership. The congresswoman from California leaves behind a consequential legacy that oversaw the passage of major legislation.

Pelosi was elected to the House in 1987 and joined the House leadership as the Democratic whip in 2002. She gained the top position upon election as the Democratic minority leader in 2003. In 2007, she became the first woman to serve as Speaker, an act which, at the time, she referred to as “[breaking] the marble ceiling.” She lost the position in 2009 when Republicans retook the House but gained it again in 2018. According to NBC, she served a total of 10 terms as the head of House Democrats, making her the second-longest serving party leader in House history.

Taking to the House floor on November 17, Pelosi delivered a brief address recounting her years at the Capitol before revealing that she would be stepping down from House leadership. She stated that she would continue to serve as the representative for California’s 11th district, which encompasses most of San Francisco.

Pelosi served alongside four presidents during her tenure: George W. Bush (R, he/him), Barack Obama (D, he/him), Donald Trump (R, he/him), and Joe Biden (D, he/him). During her speech, she touted her accomplishments with three of them. She referenced the passage of the Energy Independence and Security Act under Bush, which set higher fuel efficiency standards and clean energy requirements; the Affordable Care Act under Obama, which expanded healthcare access; and the most recent Inflation Reduction Act under Biden, which will lower prescription drug costs and aims at reducing carbon emissions through clean energy investment. She made no mention of Trump, with whom she had a contentious relationship.

Pelosi told lawmakers, “For me, the hour has come for a new generation to lead the Democratic caucus that I so deeply respect.”

A new generation has indeed stepped up to the plate. On November 30, Representative Hakeem Jeffries (D-NY, he/him) was elected the new minority leader, leading him to be the first Black person to head the House Democrats. Representative Katherine Clark (D-MA, she/her) is assuming the position of Democratic whip, and Representative Pete Aguilar (D-CA, he/him) will become caucus chairman.

In a press conference after the announcement, she praised Jeffries, Clark, and Aguilar as experienced leaders. “As one who has served so long, my dream is that they do better,” said Pelosi. “I think everybody who has a position of responsibility always wants their successors to do better.” 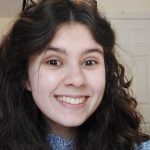