Bridgewater State University is known for having driven and talented students, who are allowed to artistically express themselves across campus – whether it be tunnels, ceramic bears, or in the art studio. BSU student Carly Keaveney not only exemplifies these qualities but has excelled as an artist. 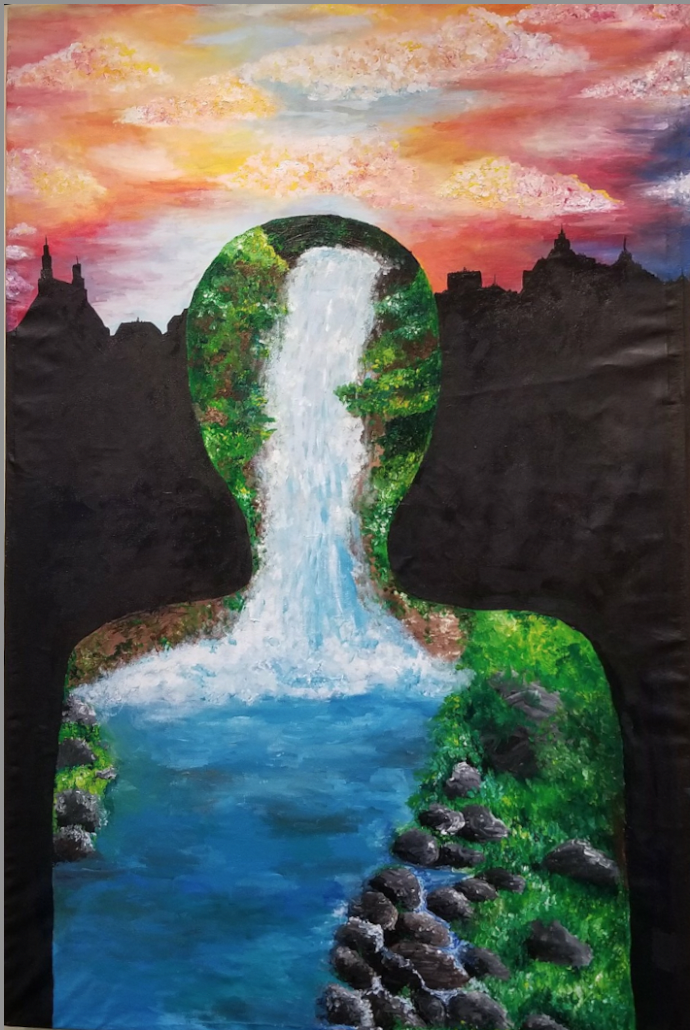 Keaveney is currently a senior at BSU, majoring in math and fine arts with a concentration in painting. Keaveney says her love for art has grown alongside her over the years. An artist that has inspired her ever since she was a child has been Claude Monet because of his ability to b a e able to beautifully capture a landscape in his works.

In her free time, she is always drawing or painting but it was never a career that she thought she would pursue. However, she says that her mother and art teacher in high school were confident in her dreams and pushed her to be where she is at now. BSU has given her the opportunity to better herself as an artist. Keaveney says, “Being an artist is all about finding yourself in the medium and making yourself better. At BSU I’ve been able to do that and I hope I will only grow as an artist from here.”

She hopes to continue a profession in art because it is where she feels most herself. She recently sold her first piece after putting it in a gallery which she said to be a huge confidence booster. Keaveney would love to sell more pieces in the future and travel to get her inspiration from all over the world.

Keaveney usually works on very big canvases, stating this is always a challenge and that each piece of artwork brings something new to the table. A lot of her inspiration for her artwork is driven from nature. Keaveney says, “I love the outdoors and how naturally beautiful the world can be. I’m a big believer in global warming and the damage the human race is doing to our world and my goal is to work with those issues. Lately, I have been working with how we can find beauty in the everyday man-made objects.”

This detailed artwork in the photo is a piece by Keaveney called “The Beholder.” Keaveney says, “My inspiration for the piece was to highlight the beauty of nature and the beauty of urban life. Everyone has their own definition of what they find beautiful. It is up to the viewer to realize which scene they view as their preferred beauty.” Her artwork is captivating and thought-provoking because it allows the viewer to engage with the piece.

Cori is the Campus Life Editor for The Comment

VIEW ALL POSTS BY EJohansen