Over the past few decades, there has been a steady increase in mass shootings across the nation, leaving many in shock. The Washington Post defines a mass shooting as an incident “where four or more people, not including the shooter, are injured or killed.” Some of the most recent shootings from this year include the Chesapeake, VA Walmart shooting (November 22, 2022), 3 injured and 6 killed; the Colorado Springs, CO Club Q shooting (November 20, 2022), 17 injured and 5 killed; and the Charlottesville, VA University of Virginia campus shooting (November 13, 2022), 2 injured and 3 killed. Back in May, a shooter killed 19 children and two teachers at Robb Elementary School in Uvalde, Texas, making it the third deadliest school shooting in US history. According to the Gun Violence Archive, there have been at least 620 mass shootings since the start of 2022, making it the second worst year on record. This comes close to 2021’s record-high total of 690 shootings. The Marshall Project also claimed that “there were more mass shootings in the past five years than in any other half-decade going back to 1966.”

With the rising occurrence of mass shootings in the United States, there is evidence of a direct connection between gun violence and higher violent crime rates. In an article by the Center for American Progress, author Eugenio Weigand Vargas states, “From 2019 to 2020, homicides increased a staggering 28 percent. This sharp increase was driven by a dramatic rise in gun-related homicides.” Additionally, “in 2020, 8 out of every 10 homicides were perpetrated with a gun, the highest proportion in recent years.” The increase in gun violence also caused for it to replace vehicle-related accidents as the leading cause of death for children and teenagers as of 2019.

There is a heated debate over how best to address gun violence in the United States. Proposed gun reforms are often met with opposition from advocates who are concerned that their Second Amendment rights will be violated. There are also many contributing factors to gun violence, both direct and underlying, which can make it difficult to tackle them all. The Prevention Institute has compiled a list of initiatives that it suggests the government put forward in order to make communities safer. Their recommendations include supporting gun violence research, passing “sensible gun laws,” and advancing self-defense technology. The full list of recommendations can be found on the Prevention Institute’s website. 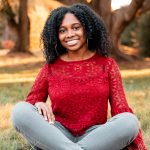