As a disciple of the ninety’s teen movie, I could not have asked for a better modern revival than 2022’s Do Revenge. From the actors to the set and costume design, and of course the soundtrack this film hit every aspect of what a teen movie should look like.

Starting with the cast, the main female leads in the movie, Camila Mendes (she/her) playing Drea and Maya Hawke (she/her) playing Eleanor, are both spectacular in this film. Both actresses are amazing at playing both the sympathetic teen lead and the evil mean girl villain and each get their own moments to shine with separate and compelling love interests. Neither actress is favored in the film and both their stories are treated as equally important to the overall plot.

Mendes and Hawke also have incredible chemistry together – playing off of each other perfectly. Lastly for stand-outside characters Austin Abrams (he/him) plays a compelling and almost pathetic rich boy villain who is perfect at making an audience hate him.

Sarah Michelle Gellar (she/her) is also the perfect choice for the headmaster of the school! Gellar gives a great performance in every scene that she is in and also serves as a perfect call back to the original teen movies as she was some of those classic teens mean girls. I am running out of space for actors, so a special shoutout Rish Shah (he/him) and Talia Ryder (she/they) for killing it as a love interests.

The costume and set design are also perfect for the world the movie lives in. With pastel school uniforms and architecture that serves as a reminder of old school wealth and modern overindulgence, the design reflects the values of the characters that inhabit it. The values of feeling better than everyone around them and always being on the top. A cool fact about the set design is that the design team of the movie reached out to small businesses to gather the customs and props for the film.

Quickly, the plot of this movie is amazing and super engaging but I think the script was far more interesting. This is the first piece of media I have seen that is able to perfectly capture the way that Gen-Z talks to one another.

Lastly, the staple and mark of a perfect teen movie is its soundtrack. Do Revenge is no exception, featuring songs by Olivia Rodrigo, Billie Eilish, Hole, and Phoebe Bridgers to name a few. The best part is, it’s not just modern music. The music selection goes all the back into the eighties feature modern and classic teen anthems.

All in all, every aspect of this movie is perfect I have watched it 10+ times and give it a resounding 10 out of 10. 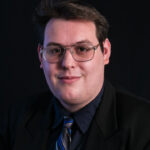