I spent my Spring Break in Homosassa, Florida, which is north of Tampa Bay along the Gulf Coast, at my friend’s aunt’s house in a 55+ community. Sure, I spent time at the beach. But who wants to see that? Instead, here’s some of the food I enjoyed during my stay. I swear these were actually really good!

This colorful creation came courtesy of Frenchy’s Outpost in nearby Dunedin after my first (and most sunburnt) beach experience. The “Master Mahi” was a “fresh mahi mahi rolled in panko bread crumbs and parmesan cheese, pan fried and topped with mango jalapeno cream sauce with roasted corn, sliced avocado and a dash of habanero aioli”. It was served alongside coconut rice and BBQ baked beans. As you will see with most of these pictures, I was incredibly impatient. The sauce really made this, and was especially helpful in adding some flavor to the coconut rice. The avocado provided a nice freshness.

The following day my friend and I classed it up, taking a trip to Tea House 650 Cafe in Crystal River. This small restaurant was a part of an area that included other small restaurants and shops and was reminiscent of Main Street in Hyannis just in a much more compact space. Here I enjoyed a quiche with broccoli, bacon and cheese, a cup of broccoli and cheese soup and a white blueberry tea with no broccoli or cheese. The presentation of the soup was really interesting with it being in that clear glass but the soup itself was definitely on the thinner side. The quiche was totally satisfying and the tea washed it down perfectly.

We stayed in Homosassa for this next place called Mango Tango. We had reservations, but not in the way you’re thinking. Going into it, we were a bit nervous. The atmosphere was honestly straight out of the show Bar Rescue with bickering sisters, an empty-ish dimly lit dining room and most of the customers residing at the bar. In their defense, there were people eating outside and I wish we were out there with them. The food, however, turned out to exceed my expectations by far. What you’re looking at here is the crab-stuffed flounder which was “2 fillets of flounder stuffed with crab meat, served on a bed of fresh cut fries topped with hollandaise sauce”. Once again, the sauce was the star of this dish and went great with the fries which were perfectly crispy and definitely fresh. Sure, it got salty after a while but the creaminess of the sauce alleviated that problem a bit.

Last, and yeah, kinda least was a quick stop to Hardee’s, also known as Carl’s Jr in other parts of the country. It was a goal of mine to stop here, for some reason. And man did I get the full Florida experience. The restaurant was filled with older clientele and spilled out into the parking lot as they were putting on a car show. As I ate my Grilled Cheese Bacon Thickburger, which reminded me of something you would get at Dairy Queen though it could have used some sauce, the TVs played Fox News to the delight of the customers I’m sure. The fries that went along with it were nothing special, but at least they weren’t Wendy’s fries.

Anyone hungry for a trip down to the Gulf Coast should definitely check out at least some of these places. 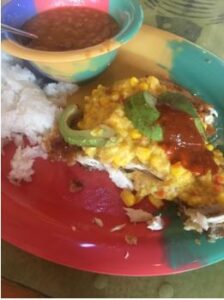 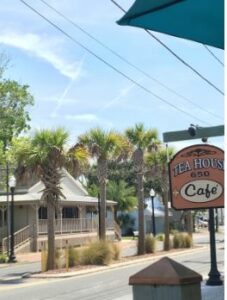 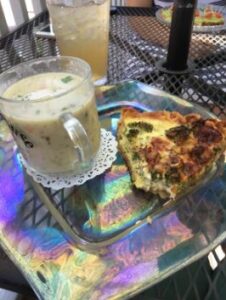 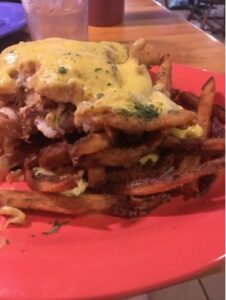 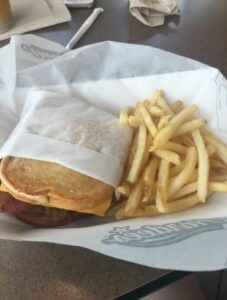