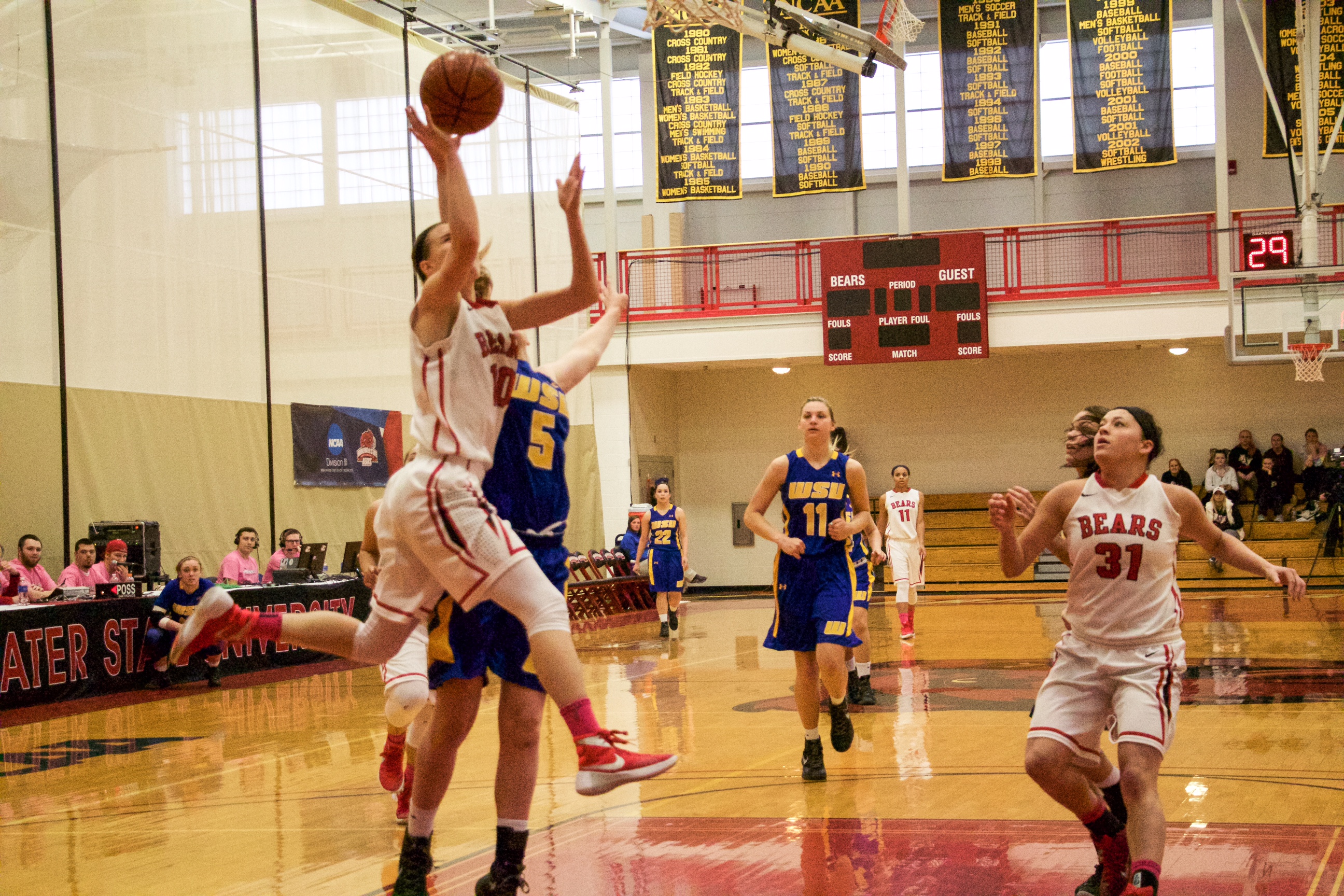 Can you say dynasty? The Bridgewater State University women’s basketball team can. As the 2015-16 season nears its end, the Lady Bears are right in the thick of things in the Massachusetts State Collegiate Athletic Conference (MASCAC) after winning the title in each of the last five seasons. In fact, no team other than the Bears have held the MASCAC Tournament trophy since MCLA did in 2010.

Head coach Bridgett Casey is already the most winningest women’s basketball coach in BSU history, including six trips to the Division III NCAA Tournament, six MASCAC championships since 2008, and one trip to the ECAC Tournament in 2006.

“To repeat as champs year after year, doesn’t get any easier,” said Casey. “We don’t expect it to get any easier this year, if anything it’s going to get harder because people are sick and tired of you being on top and they want to be the ones to knock you off.”

To maintain this type of success, it starts with the coaching staff and the recruiting process. The chemistry and consistency that this Bear’s women’s basketball team shows must be enticing to athletes looking at the school.

“The student-athletes that you bring in, you have to get them acclimated to the whole college life and scene,” said Casey. “Playing college athletics is definitely different than high school. Getting them to buy into our system of defense first and the whole idea of the team concept is key.” 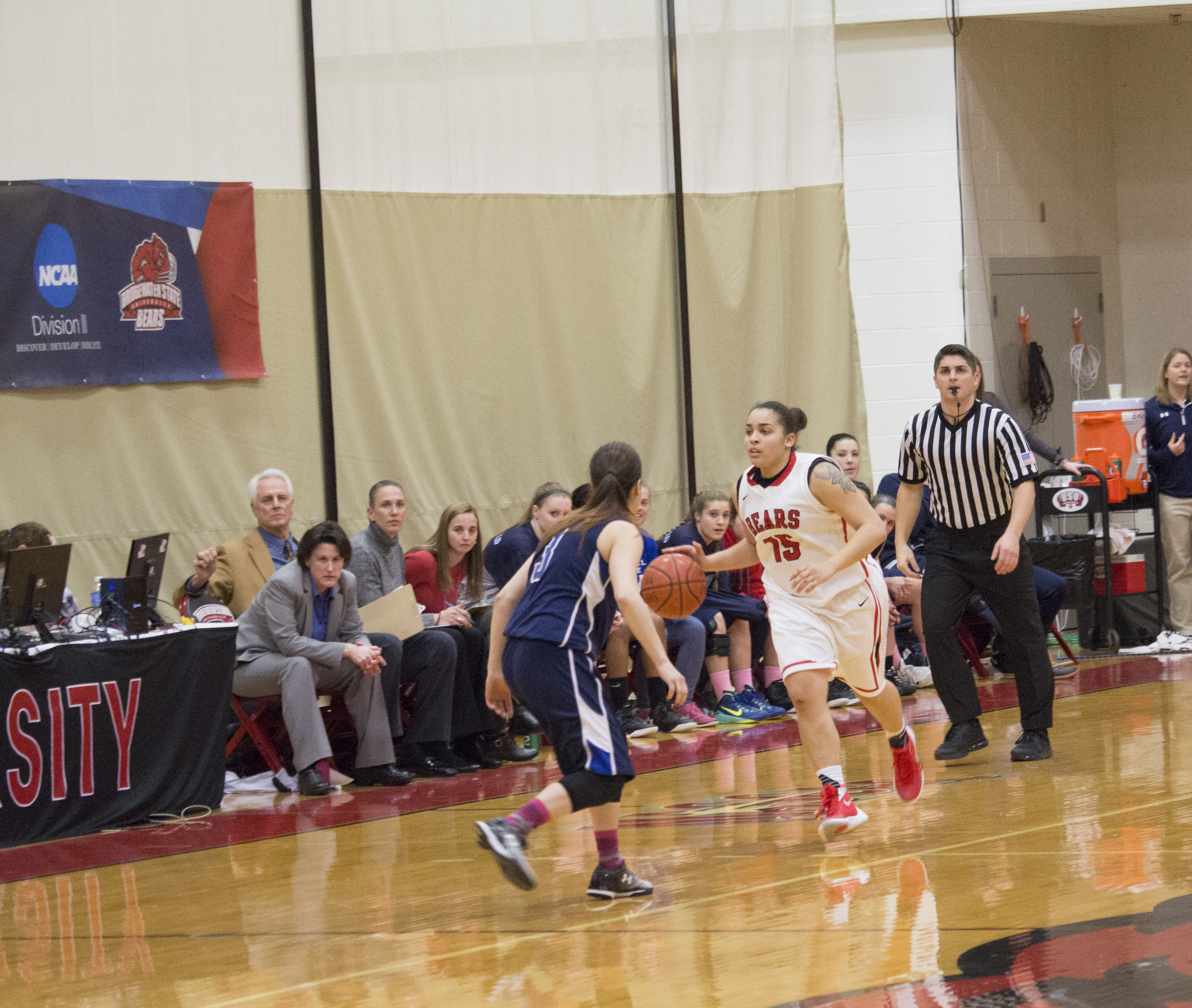 This year’s roster only includes one senior, Vanesa Conceicao. Since Conceicao’s freshman year, she has contributed to the team. She was on the court for a come from behind victory over Westfield State in the MASCAC title game her freshman year. The guard has kept it rolling, winning a MASCAC title each season she has been at BSU.

The leading scorers for the Bears have been a pair of upstart junior forwards, Chanelle Melton (12.8 ppg) and Jennie Lindland (12.5 ppg).

Redshirt junior Stephanie DeSantis is the defensive specialist for this year’s team. “Her job assignment is to match up against the best guard on the other team,” said Casey.

Rounding out the starting five for the Bears is freshman guard Sara DaSilva, who scored a career high 23 points in a game against Kean (N.J.) back in January. 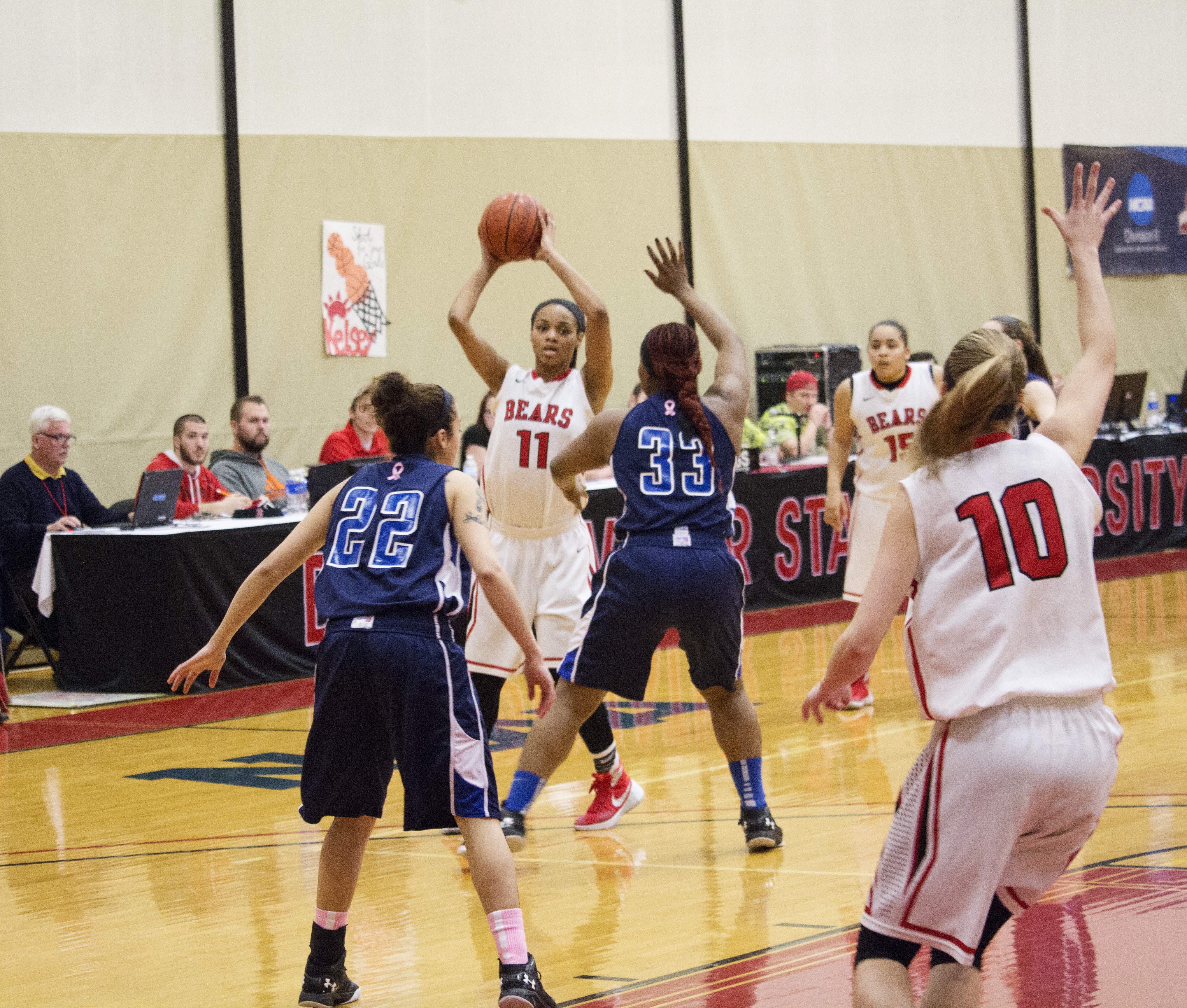 “Playing those tougher opponents certainly helped us going into this last stretch of the season,” said Casey. “It has panned out for us in the past and we’re looking for that to pan out again.”

After winning the season finale over MCLA in blowout fashion 82-53, the Bears finished 12-12 overall and 9-3 in the MASCAC (3rd place).

With the MASCAC playoffs starting Tuesday night, BSU will host Worcester St. in a quarterfinal matchup at 5:30 p.m. at the Adrian Tinsley Center. Second-seeded Framingham State will host the winner of Bridgewater St./Worcester St. game on Thursday, February 25 at 6 p.m.

Brendan Coughlin is the Sports Editor for The Comment. E-mail him at bcoughlin@student.bridgew.edu.