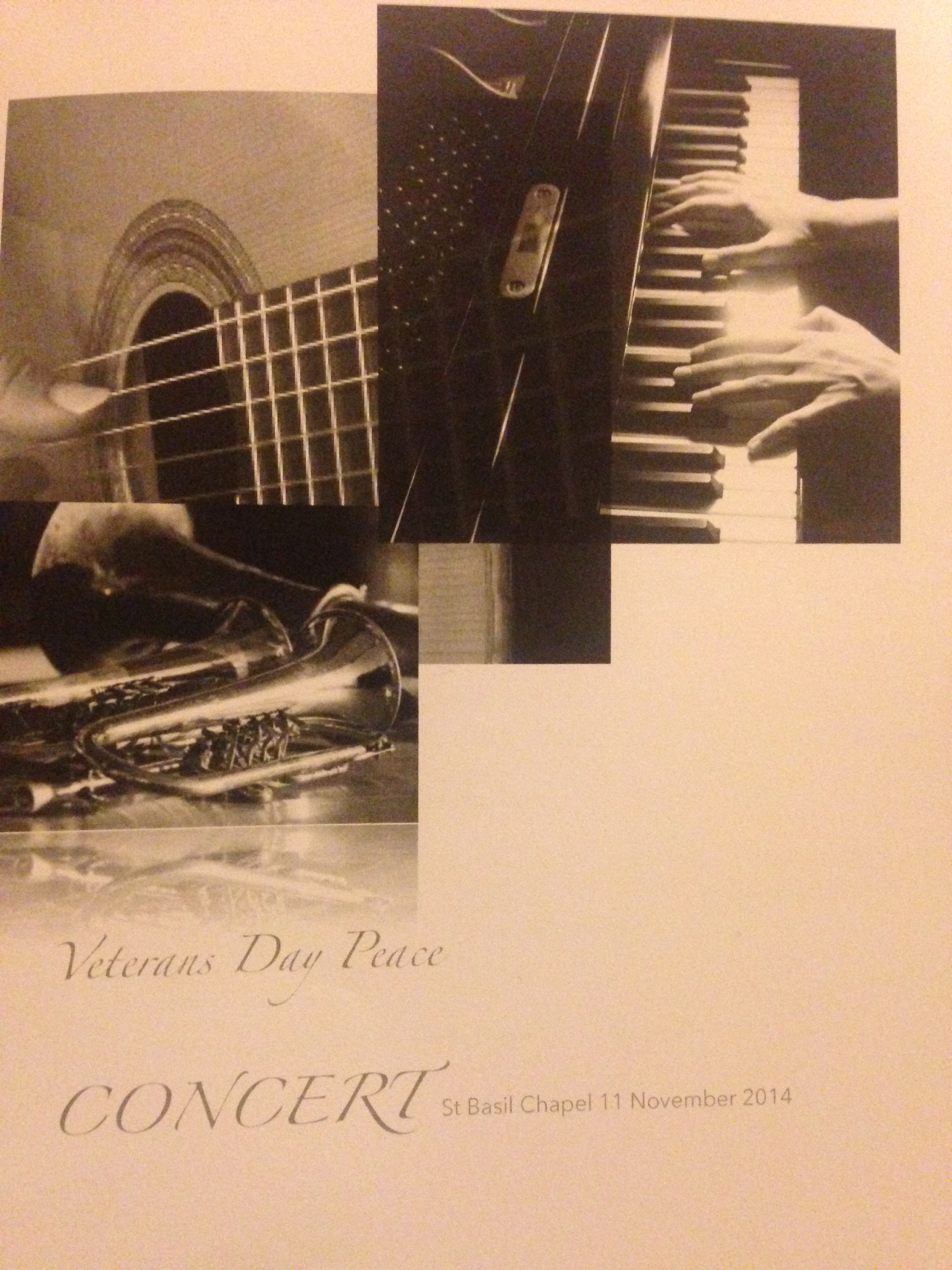 The Veterans Day Peace Concert, held on Tuesday, Nov. 11, was dedicated to support the veterans. The free concert, in the Catholic Center on campus, accepted donations to benefit the long standing Support the Troops effort by St. Thomas Aquinas parish.
The Support the Troops effort began in 2003, to offer support to those servicemen and women who were deployed in war zones.
Dylan Mowry, a music major, performed in the concert. He said, “I was looking for ways to share my passion for music with the surrounding community and create more opportunities to perform on the instrument I love.”
The musicians who performed were chosen on a volunteer basis. Mowry said that most of the musicians performing are music majors, and that most were solos but a few were duets.
The styles of music played that night are classical, romantic and twentieth century. Students played a combination of the guitar, piano, trumpet, and vocals. Mowry said, “The performers will be playing a variety of music from these periods by a variety of composers, on their instruments.”
Mowry’s favorite featured composer of the night was Claude Debussy, a guitar arrangement of “La fille aux cheveux de lin” (The Girl with the Flaxen Hair), performed by Tim Prosser.
Mowry and Prosser are the directors of the BSU Classical Guitar Society. The new club is still in the process of becoming officially recognized. Mowry said, “We have begun reaching out to the community and looking for ways to share and get others excited about the music we love.”
Taylor Bono, a freshman, attended the concert. She said, “It was a very sophisticated evening with very talented musicians.” Her favorite musician of the night was Jiaying Zhu on piano.
All the musicians of the night were very talented and entertaining to watch. Their music sounded smooth and flowed nicely in the church, and if nobody knew any better, they might think the students were professional musicians.