Starring everybody’s favorite action hero, Jason Statham adds another film to his repertoire of over-the-top heist movies – Parker.  Wronged by his crew  of professional thieves during a high-stakes heist, Parker spends the rest of the movie chasing after revenge, killing a bunch of people, stealing cars – then teams up with Jennifer Lopez.

The film has plenty of intense action, but the action is slow to take off, and  Lopez’ s role as a broke, divorced real estate agent to the rich and famous feels extremely forced. Overall, this would be a good Friday Night Pizza movie – not much to pay attention to, and the loud gunshots will give you a heads up when you’re missing something important. 2 out of 5.

New material from the mind of Ricky Gervais, this British comedy is exclusive to Netflix. Gervais has written, directed and stars in the series as the title character. Derek is an awkward, 50-year-old man working as a caretaker in a small nursing home. There are touching, sad and hysterical moments strewn throughout each episode, and regardless of what happens, Derek leaves you feeling better. 4 out of 5 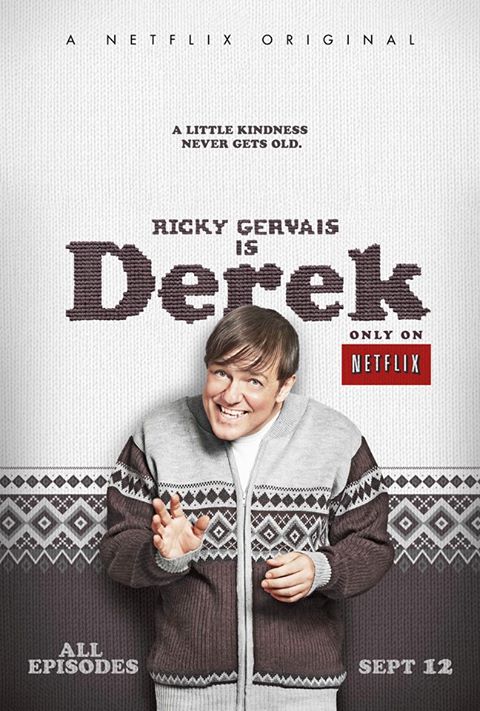 This docu-drama is intense. The story revolves around twelve-year old Komona, abducted by rebel soldiers who storm her small African village and force her to kill her parents. During a march, Komona has visions of ghosts. The rebels decide she is a witch, and use her and her visions to their advantage. Komona runs away with an older boy, Magician,  after a few months.  Their relationship is loving and sweet, a welcome change from the horrors of life with the army. Unfortunately, her story will not end with a happy marriage. War Witch is a beautiful film with a difficult message. 4 out of 5.

Sarah Mulvey is a Comment Contributor. Editor-In-Chief Greg Dudek edited this story. Email him at gdudek@student.bridgew.edu.