After four years away from the game, one could expect Bridgewater State senior Ryan Feeney to have a little rust on his swing, but when the Bears took their annual spring training trip to Vero Beach, Fla., all Feeney did was go 3-for-3 with an RBI out of the third spot of the BSU lineup in his very first action.

Fast forward six days later and Feeney already established himself as the everyday shortstop and was moved into the leadoff spot in the batting order after reaching base safely in every game on the Vero Beach trip.

Before practicing with the Bears this past fall, Feeney had not seen a live pitch from off the mound since his senior year at Coyle & Cassidy High School in 2012.

Out of high school, Feeney was recruited to play football at Stevenson University (Md.) after starting at quarterback for three years at Coyle & Cassidy.

By his sophomore year of college, Feeney (who is from East Bridgewater) returned home and planned on attending BSU and joining the football squad under coach Chuck Denune.

“When I first came to BSU, I was the backup quarterback who punted, and by next year I was playing linebacker,” said Feeney.

In 2013, Feeney punted 40 times and averaged 33 yards per punt and then in 2014, after transitioning to defense, Feeney totalled eight tackles in seven games played including two tackles for a loss. 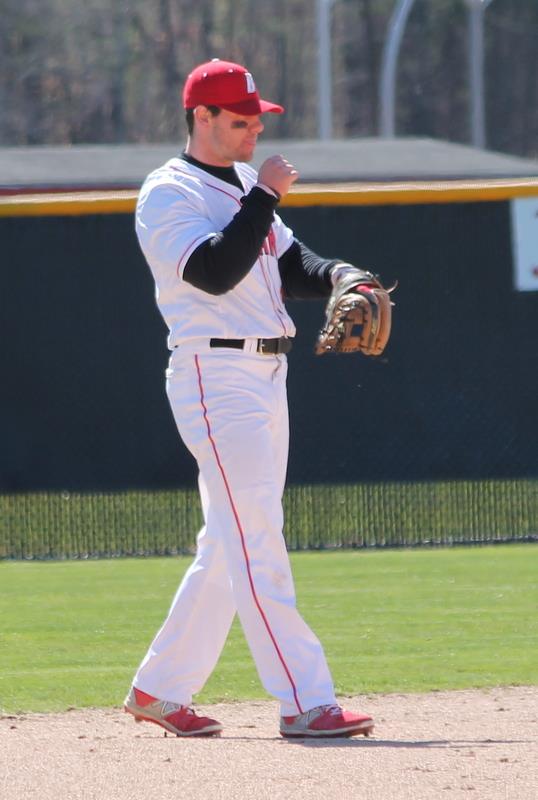 The BSU senior has kept busy working at Glen Tufts Baseball Training and Development Center in West Bridgewater for the last two years.

“I coach a 15 year old baseball team, do hitting lessons regularly as well as some strength and conditioning work with athletes over there.”

The journeyman has been all over in his athletic career, and it seems that his last collegiate endeavor was always to return to the baseball diamond one last time.

“I decided I was done playing football when I wasn’t excited about going to practice anymore,” said Feeney. “I got the itch to play baseball again while I was coaching, and figured I needed to go back and give it another shot before it was too late.”

Staying close to the sport, even though it was in a coaching mentality, Feeney was always prepared to give baseball another go.

“Physically yeah,” Feeney said about feeling rusty returning to the game of baseball. “But mentally, I was starting to approach the game from a coach’s perspective so I felt like that was a smooth transition.”

After the extended separation from the game, Feeney did not know where he would fit in with this Bear’s team, but had a lifetime of experience playing in the middle infield.

“The thing that made it easiest was the coaches giving me a chance,” said Feeney. “When I came in, (Jake) Souza was the shortstop, and I didn’t really know where I was going to be playing.”

“And then he started talking about his arm being hurt, so I was the only one working at shortstop. He ended up not playing this year and it was just perfect timing for me to come in.”

Souza started all 27 games at shortstop for the Bears a year ago, but decided to step away from the game entirely in 2016 with lingering arm problems.

BSU sits at 6-6 in all non-conference games to begin the season, but have high expectations with some newcomers to the team that are helping shape a brand new attitude for a team that finished tied for sixth in the MASCAC a year ago.

“Coming off last year, even though I wasn’t there, it sounds like the team morale was pretty low, and they were disappointed,” said Feeney.

“I think this year with a couple transfers and other new guys, the team dynamic is a little bit different, said Feeney. “Everyone on the field is a contributor, it’s not a one-man team.” 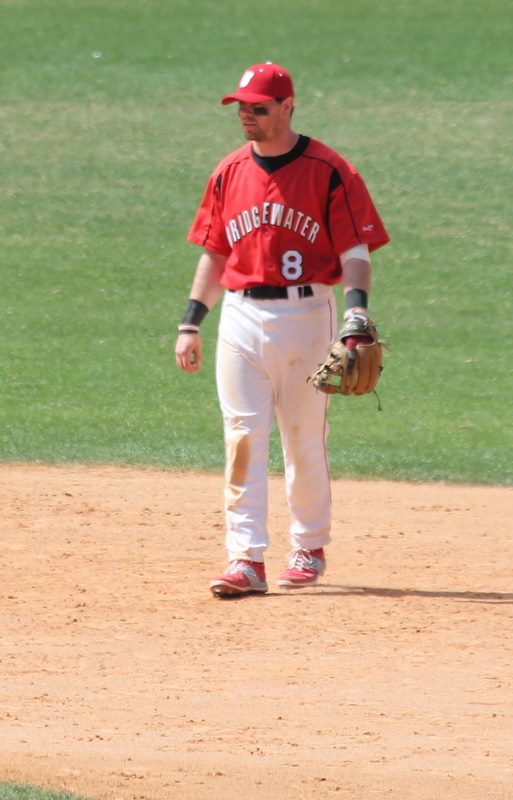 Feeney was awarded back-to-back MASCAC Baseball Rookie of the Week awards in his first two weeks playing in the conference. Through 12 games, Feeney leads all Bears in batting average (.500), hits (22), runs scored (10) and doubles (5).

BSU was selected to finish seventh out of eight teams in a preseason MASCAC coach’s poll, but that only adds to the motivation for this year’s team. The Bears will have a busy stretch ahead of them as they have 24 games scheduled before the month of April concludes.

Brendan Coughlin is the Sports Editor for The Comment. E-mail him at bcoughlin@student.bridgew.edu.