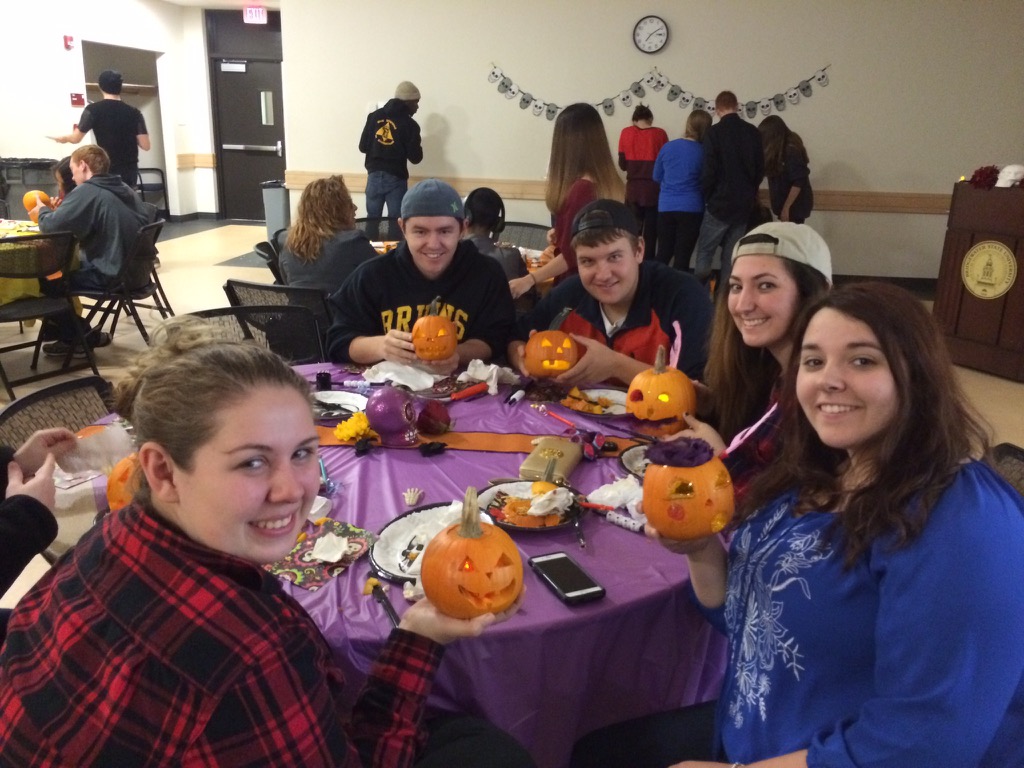 With some spooky holidays quickly approaching, some Bridgewater State University (BSU) organizations are getting in the holiday spirit.

One organization in particular, La Sociedad Latina, hosted a Dia de los Muertos, or Day of the Dead, celebration this week. The event was held on Monday, Oct. 26 in Burnell 132B.

Dia de los Muertos is a Mexican holiday celebrated on Nov. 1. It is a remembrance and celebration of family and friends who have passed away.

The event began with some background on the holiday.

La Sociedad Latina member Elizabeth Janssen said, “We did include a short powerpoint at the beginning that included some background and fun facts about the holiday.”

The centerpieces on the tables were skulls with flowers, which were “similar to what they in Mexico would decorate the loved ones’ graves with,” Janssen said.

La Sociedad Latina is an organization at BSU that promotes cultural awareness and allows students to learn about Latin American countries and cultures.