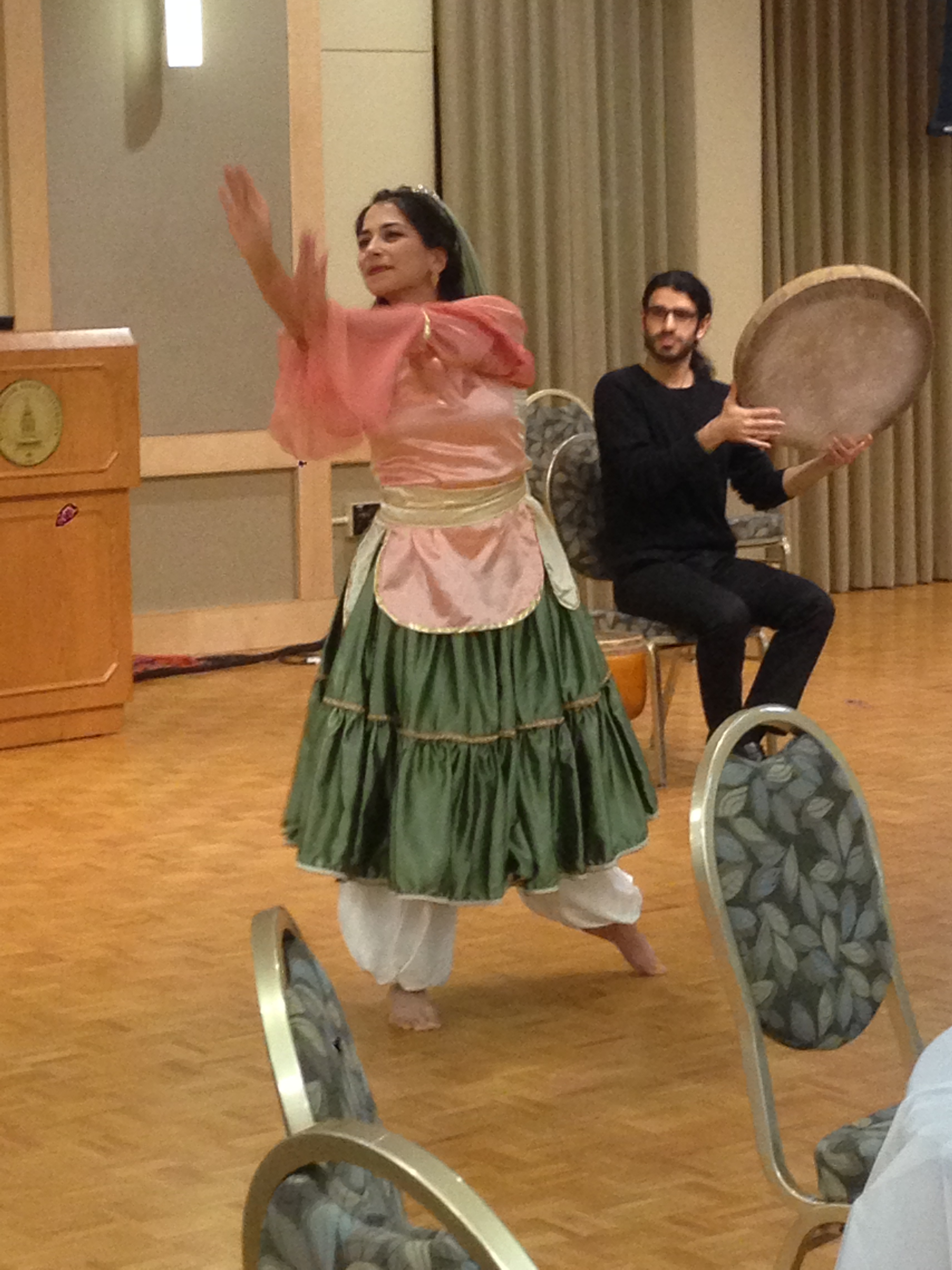 The Asian cultural event that took place on Monday, Nov. 10 served as an eye-opener for all of those who are not well-versed in the Asian Culture.
Those who attended this enlightening event were greeted at the door with a brief questionnaire, which quizzed the attendee’s knowledge on the historical context of the Silk Road. Once the questionnaire was done, attendees were able to proceed towards the event.
Once in the Large Ball Room, those who came were treated to a pleasant yet subtle aroma of a handful of spices. When one looked around, there were a plethora of tables, each representing an area of Asia.
The station that stood out the most, aside from the delectable food, was the Arabic Calligraphy table, which allowed attendees to get their names printed in Arabic.
Not to mention there were was a station that tattooed, volunteers with something called Henna, which is indigenous to Egypt, the Arabian Peninsula, Near East and South Asia.
A slide show presentation educated the audience about the misconceptions of the Silk Road, which is not to be confused with the notorious website known for the sales of illicit goods.

Overall, the turnout was great and there were many students that were interested in the experience of different cultures. At the end of the event, attendees were given a post-event questionnaire to see if their new answers to the aforementioned questions changed after the event.
One of the most popular aspects of the Silk Road Event was the food. The wide variety of delicacies left many in awe. An adequate way to describe the setting was the multicultural flair that was present in the dishes.
They ranged from Basmati rice and Tandoori chicken, which is synonymous with India and most parts of the Middle East. There were some oriental dishes from mainland China, South Korea, and other East Asian cultures, which was headlined by rice, a staple, and chicken and broccoli, amongst other dishes.
This event was an eye-opener to those who weren’t really knowledgeable on the manifold of Asian cultures. Each station provided a taster of almost all the subcultures of Asia.
This world is too vast and interesting to have an unwavering ethnocentric ideology.